A COUNTRY DIVIDED OR UNITED?

Hello! I hope this past week has been a good one for all of you. This week I thought I would shift the discussion toward something relatively new, yet obscure. To start, throughout the 2020 Presidential Campaign I witnessed masses of people coming together for a greater cause; a United States. "Settle for Biden" became a staple catchphrase throughout homes all across the nation and groups of individuals became obsessed with the idea that a possibility for change was here, among us. It was something unlike anyhting we had ever seen before. Even groups of Trump supporters across different states started to see things from a different persepctive, which was in fact the Biden persepctive. New policies, a demand for action and change & beyond all of that, a united people.

However, there was a sudden shift of focus and kick in of reality when what we had eve hoped for happened. Biden's victory was a monumental moment in US election history; largest number of voter turn-out ever which is somehting that will be marked in history forever. But, would Dnald Trump concede? Would he threaten the newly found presidency of Joe Biden? Numerous attempts were made to try and turn the results around in Trump's favour however, none seemed to be successful, as no evidence of voter fraud was ever discovered. And so one thing stood clear; Donald Trump would leave office come January.

I believe in a greater power and that greater power is democracy. Pur democracu was threatened this year countless times and we saw it crumble. In the end, our democracy does stand. People are powerful and this power can be used for the greater good of things, or at times, blantant evil. This election has showed us that not only, is it extremely important to vote, but that speaking your truth and your mind is in fact the most powerful gift of all.

With that being said, I hope this coming week is calm and well for everyone. See you next week! 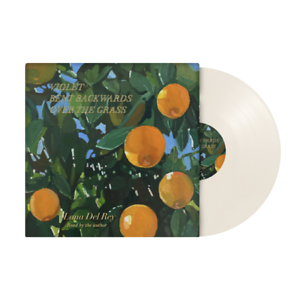 lust for life: heroin, coachella - woodstock in my mind, get free